After watching Jody Wilson-Raybould’s testimony for its entire near four hour length, the background noise now is that of pundits and politicians spinning the events of the day.

Our former Attorney General did a great job today. Starting by reading her written testimony for over 30 minutes (full transcript here), she stayed through 6 rounds of questions from a group of politicians, most of whom who seemed lesser when interacting with her. This was a person who was confident in her narrative and well able to address the repetitive questions she faced.

I am not going to go through the details of the questions and answers.

Concisely, from September, Justin Trudeau, the PMO and a few other parts of his entourage, pushed the AG to find a way to use a Deferred Prosecution Agreement to address the charges being faced by SNC-Lavalin. She refused. At the end, she was shuffled from her Cabinet position to the Ministry of Veterans Affairs, which to all politicians is a demotion, not matter what they say.

Nobody cared until Bob Fife of the Globe and Mail wrote the first story about this ongoing internal feud and all hell broke loose. JWR resigned her cabinet position and the news media, opinionators and bloviators went crazy for the story. Principal Secretary to the PM, Gerry Butts (often referred to as Prime Minister Butts) quit.

Interestingly, the PM, once he got his usual excuses and misstatements out of the way, has not really denied the facts. But he disagrees entirely with the characterization of the facts.

Let me state that I believe that Wilson-Raybould has told nothing but the truth. I cannot say the same for Justin Trudeau. Still, she has had several weeks and a great lawyer to help her get her truth organized while the PM has had to face the wild dogs of the press.

In her testimony, JWR indicated several times that nothing illegal happened. The issue was that once she stated that she had made her final decision not to intervene, the decision was not respected. Politicians, political operatives and civil servants continued to approach her to intervene. Tactics and strategies were offered to help her (or to CYA). She continued to stand her ground. And, until January, she continued to hold her job.

I am not a lawyer and am know to be, by some, a stubborn, unpleasant person. Once I have made up my mind, any other solution is wrong. When I was younger, this stood me in bad stead and cost me jobs and relationships. As I heard Wilson-Raybould’s opening statement and her responses, I admit that I saw myself, though younger and far more accomplished.

The story that came to mind was that of a younger me, granted great power and having made a decision that I believed was best for the country, for the system, for the Party and for the PM I stood so firmly behind. Then that PM had the temerity to disagree with me and advice me to do something different. Even as I write the words, I feel the stubborn anger I have worked so long to control.

I remember a job in the 1990’s where I had every opportunity to take the advice of my associates and my boss. But I knew better. Guess what happened? Yep, I had to find a new gig.

JWR’s statement tells us that her associates, right up to the PM, tried to give her ways to change her decision while saving face. She did not even have to actually change her decision, just to be perceived to be trying. I believe that Justin Trudeau deeply believes that the perception would have been enough but his AG would not do anything to help.

In her statements, she tells us that she was committed to stand by her decision. She had to protect the process and the system from political interference.

I am sure that, in her own mind, Judy Wilson-Raybould did the right and noble thing. But the more I re-read her statement and rewatch the video of the committee, the more I get the feeling that she also dug her own grave. She did the right thing as a lawyer and the wrong thing as a politician.

I have every expectation that this scandal will not die down for a while and I don’t know how it will impact the upcoming federal election. All the parties speak so highly about transparency and morality that the inconveniences of real governing seem like corruption. While nothing illegal may have occurred, their behaviour flies in the face of their vestal virgin-like statements. And those who have no skin in the game are even louder in their pious pronouncements.

Watch out. Where in a real business, this would be an opportunity to learn and to improve, in politics this is a time to circle the wagons and shoot at everyone outside the circle.

Should be a fun summer. 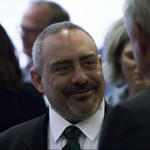